Skip to main content
September 22, 2017
Hi guys,
In the last 4 months we worked hard (and still working) on the demo for Plot of The Druid.
Before I will start to explain what we made so far I want to introduce myself (The author of this page):

About the creator of Plot of The Druid

My name is Yakir Israel and I am HUGE fan of point and click adventure games. I enjoyed them so much till I decided to take it a step further and make adventure games by my own, so I started to run my creative mind and wrote couple ideas over the years, each story was not feel me right till I got to Jase, the lazy cynical young druid who generally prefer the shortcuts in his life but as a result make them worst and complicated.
So, I decided to move forward with it, I wrote the story, and then broke it into puzzles, it took me three years to finish it. I enjoyed it so much so I started to try and draw it but it turned out to be a disaster since I never was a good painter.
So, I looked for someone to work with, lots of people I talked to really like the idea but was too much afraid to enter this big thing or to commit to it. The one who dared, lost motivation after they saw the workload or ask for money which I hadn't.
After so many failures to find teammates I decided to save little money and make it one step at a time, even I knew it will take me like forever to finish it.
I started to work with one animator that made pretty good job, he draw me the concepts but after two months asked me to pay him double I told him I can't afford it and our ways parted. then I save penny to penny and came across with small studio of animators which I can afford with my very limited budget I managed to save, always keep telling myself I need a little faith and everything will work out in the end.
I took the concepts the last animator made and we start polish them, we worked (and still) from remote, we overcome the obstacle of me trying to explain them my thoughts, it was hard, but making a good things is all about patience.
As a programmer myself I tested several adventure games engines like AGS, Unity and Visionaire and I chose Visionaire for the game (I will explain in detail in another post why I chose it) and brought Jase and his world to life.

I am the lead project, writer, game designer, creative director and programmer of Plot of The Druid.

In the next post I will elaborate the major tasks we made in the 4 months
Keep in touch. 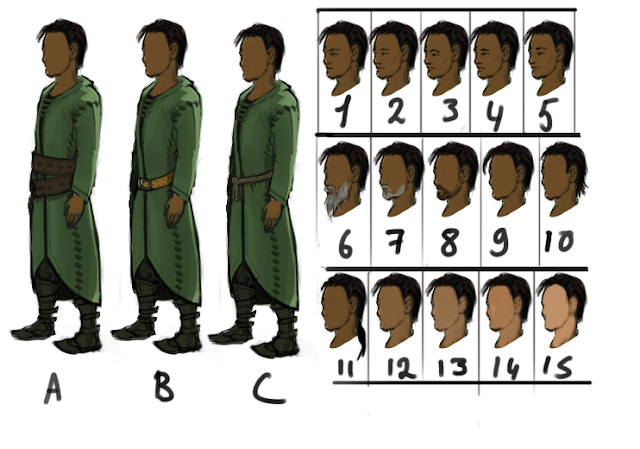